Graham joined Freeland Rees Roberts in 1992 after qualifying and became a Director in 2005 whilst overseeing Cripps Court Magdalene College Phase I, later continuing with Phase II.

Graham has worked as Director and project architect for such diverse work as new libraries for King’s College and Trinity Hall Jerwood Library, conversion of the former Barclays Bank head offices to student rooms and two restaurants for King’s College and Wrenbridge, and work for the homeless charity Emmaus in Cambridge and Oxford. He has an excellent record of achieving listed building and conservation area consents on difficult sites including a replacement new dwelling in a conservation area and has extensive experience of careful conservation work and repairs.

Graham has been a member of the Cambridge City Council Building Control User Panel for over fifteen years becoming chairman in 2021, he is well versed in the idiosyncrasies of building control and the planning system. He enjoys sailing and horticulture and sailed to Iceland and South Africa after university.

He recently oversaw the redeveloping of a student residence in Thompson’s Lane for Trinity Hall, as well as a new build house in Barrow Road, Cambridge, and a new-build residential apartment building overlooking Parker’s Piece in Cambridge.

He is currently working on a number of large houses on Barrow Road, Brookeland Avenue and Chaucer Road, Cambridge, creating large, modern family homes, along with a new build Passivhaus in Hay on Wye.

Graham has been a Director to the Freeland Rees Roberts Trustee Company since 2019. 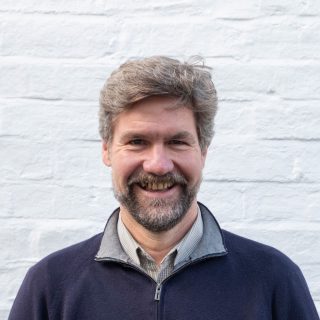