Sarah studied Architecture at the Bartlett School of Architecture, University College, London. Sarah was awarded a scholarship with the Society for the Protection of Ancient Buildings (SPAB) in 1986 and produced a study of 17th and 18th Century Wrought Ironwork. Sarah is currently a member of the SPAB and an associate member of EASA.

After a period with the Directorate of Ancient Monuments and Historic Buildings, the BBC and Harry Neal Contractors in London, Sarah relocated to Cambridge in 1984 and joined Cambridge Design. Sarah first worked with Freeland Rees Roberts 1987, and has been architect for Thorpe Hall, Peterborough and the Old Palace, Ely; both Grade I listed buildings converted for Sue Ryder Homes in the 1990s.

Recently Sarah has been architect for several University projects in the Old Schools, the Museum of Archaeology and Anthropology, Madingley Hall and Trinity Hall, Cambridge. Sarah also looks after various churches in the Ely Diocese. Sarah became an associate in May 2015. 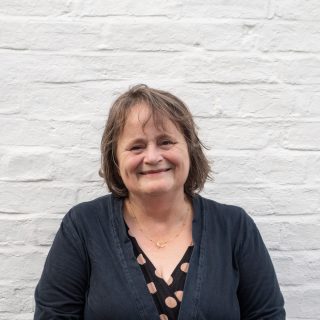