Ickworth House was the creation of Frederick Hervey, 4th Earl of Bristol who commissioned the Italian architect Asprucci to design him a classical villa in the Suffolk countryside. The Grade I listed mansion is now owned by The National Trust. Freeland Rees Roberts has carried out a number of inspections and condition surveys throughout the Estate and numerous conservation and repair projects including: reroofing of the East and West Wing roofs and the Portico, Rotunda domed gutter repairs, stabilisation, conservation and maintenance access improvements to the large laylight over the central hall of the Rotunda, careful conservation works and repairs to the oval shaped glazed lantern above the laylight, and the roof surrounding it has been releaded, carefully considered fire precautions improvements in the Rotunda including upgrading historic panelled doors and frames and fire compartmentation of the large domed attic spaces. As well as reroofing of the west link roof to protect and stabilise the wall paintings to the rare 19th century neo-classically decorated Pompeian Room with the addition of a rainwater downpipe, trace heating and thermal insulation.

Freeland Rees Roberts is currently involved on a project to install a lightning protection system to protect the mansion and adjoining wings, and quinquennial for range of roofs and elevations affected by the work, together with any associated builder’s work and access requirements. 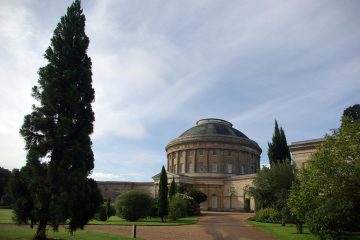 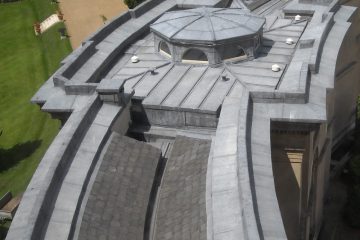 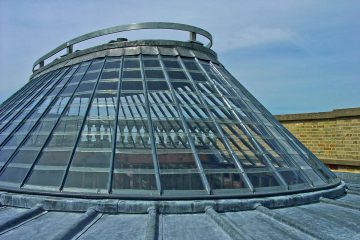 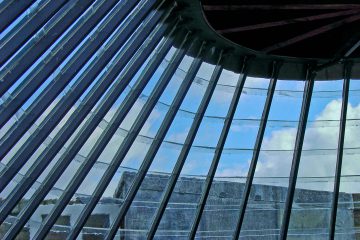