Pembroke College’s 19th century library was built to the design of Alfred Waterhouse. During the 20th century, various alterations left the Grade II* listed Victorian building cluttered, with lecture rooms on the ground floor, and the library restricted to the first floor. These alterations were reversed to restore the original spaces and reclaim them for the library. A new basement was excavated beneath the existing structure for additional storage with a controlled environment for archive material. A new extension was built to accommodate a seminar room and law library. These new rooms were linked to the original Waterhouse library via a glazed stairwell, which forms a new main entrance.

After interviewing stained glass artists from around Europe, Freeland Rees Roberts, together with Pembroke College, commissioned Hans Von Stockhausen of the Mayer Studios in Munich to produce two installations: one commemorates Ted Hughes, an alumnus; the other, covering the full height of the stairwell, was inspired by the various scientific discoveries made by members of the college. 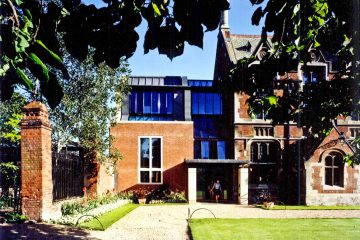 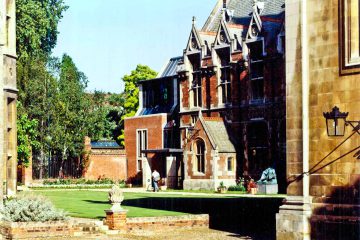 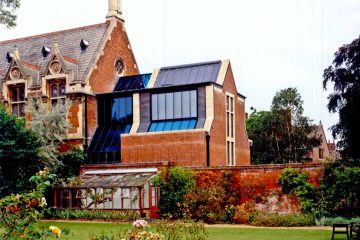 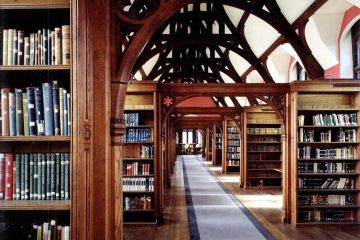 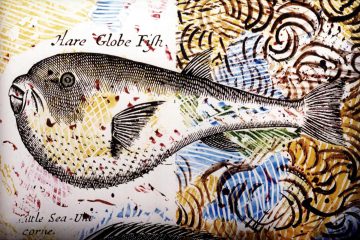 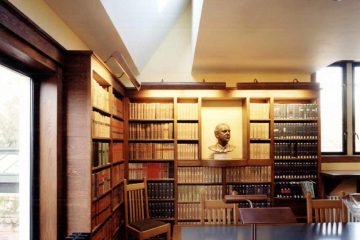 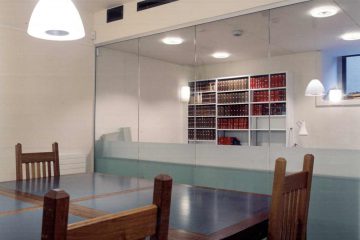