Queens’ College sits astride the River Cam with its two halves joined across the river by the famous Mathematical Bridge. In 1975, the main entrance was moved from the 15th century Old Court to its present location across the river, to a landscaped area known as the ‘Round’ and rooms within the 1930s Fisher Building on Silver Street were converted into a Porters’ Lodge. By the 21st century, the lodge had become inadequate, and the unattractive Round formed an uninviting entrance point and contributed little to the setting of the Mathematical Bridge: it was time for renewal.

Freeland Rees Roberts was invited to transform the entrance that emulated the warmth of Old Court and create a central meeting point for the College that was an appropriate setting for the Mathematical Bridge. The new building quietly balances the need to mark the entrance of the College while respecting the significant and sensitive context. Wrapped around the Fisher Building, the Silver Street facade of the new lodge has been designed to maintain privacy for the porters working inside, while the elevation facing the re-landscaped Round has been opened up. A new cloister connects the new lodge to the Cripps Building. 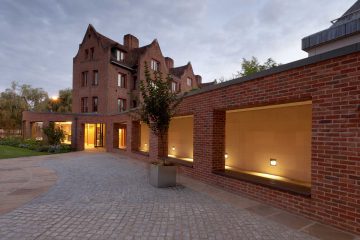 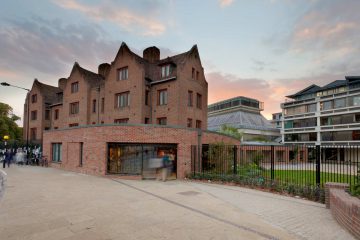 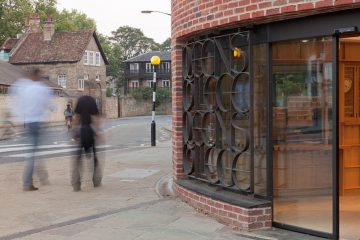 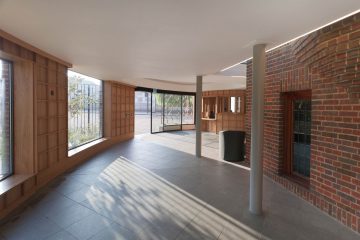 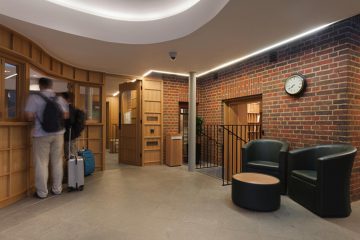