In 2011, Freeland Rees Roberts were appointed by the City of London to act as architects for repairs to the four corner towers of the market. The towers are Portland stone towers roofed with coppered domes. The rest of the market was repaired and improved to provide offices on upper floors about fifteen years ago but the towers were left for later repair. The work involves: extremely large and complicated scaffolding; stonework repairs to walls and carvings including the heraldic dragons of the City of London; structural repairs to roofs and the lanterns which surmount the domes; and, repairs to windows and internal plaster and decoration. This is a particularly difficult site on which to operate as there are lots of protruding basements under pavements, underground railway lines running beneath the north side towers and a working and incredibly busy meat market throughout the ground floor. 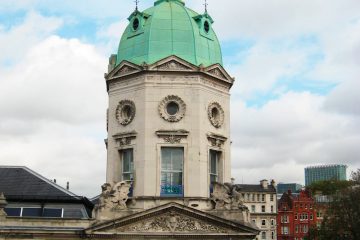 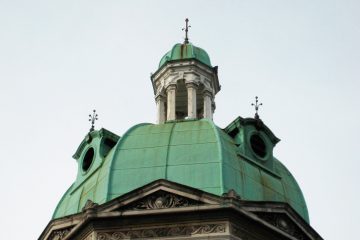