After Stephen Dykes Bower’s death in the late 1990s and primed by his legacy to St Edmundsbury Cathedral, a millennium project was launched to complete the Cathedral, with the Gothic Design Practice as architects. By October 2007 Henry Freeland had been appointed as architect administering the completion of the vaulted ceiling to the crossing tower.

The technical challenge was to build a complex painted and gilded timber fan vault 105 feet up in a tower where there was no access even to measure the inside where the vault was to be placed. The design drawings were at a very small scale with no detailed drawings. A sophisticated computer programme was used to model the double curved ribs and panels and this was sent directly to the joiners’ cutting machines. The oak has been painted and gilded and provides a magnificent spectacle from the floor below.

In 2010, the project was awarded the RIBA Spirit of Ingenuity Heritage Award for Pure Conservation of an Historic Building.

Watch the video of how it was made part1 & part2 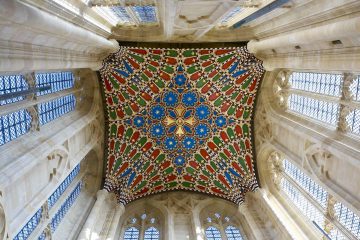 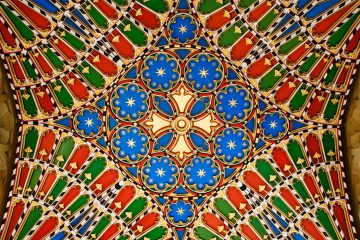 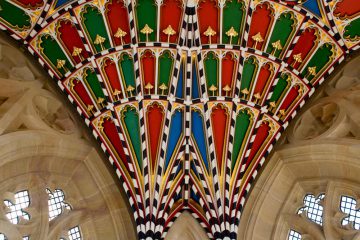 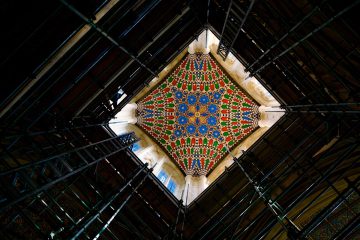