During a Quinquennial Inspection of the chapel in 2013, the tower parapets were found to be cracked and unstable, with the corner turrets moving outwards. An initial diagnosis by Consultant Structural Engineer Philip Cooper suggested that the movement was caused by thermal- and weather-driven expansion and contraction, and that it was the movement of the parapets that was pushing the turrets outwards. Steel supports provided in the 1980s or 1990s to stabilise the parapets were helping, but were like four drunk men trying to support one another.

Investigations found three bands of corroding wrought iron ties, embedded deep within the 800mm thick stone faced brickwork walls near the top of the tower, that were expanding and forcing the masonry structure up and out. In a careful process, akin to underpinning a building in small sections, these iron ties were cut out of the masonry. In total, over 900 linear metres of corroded iron tie was removed. To stabilise the parapets, new stainless steel tie rods and turnbuckles were inserted within the tower, and new stainless steel diagonal brackets were fixed to the existing steel parapet capping and anchored into a new concrete ring beam with stainless steel reinforcement. Expansion joints were introduced within the pierced parapets to help control movement, and new guard wires were installed to improve health and safety. 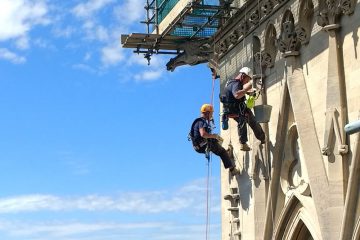 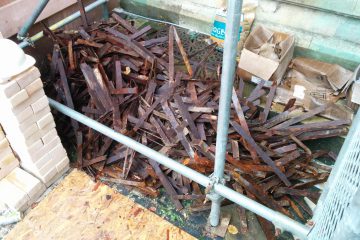 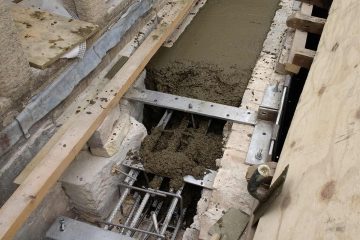 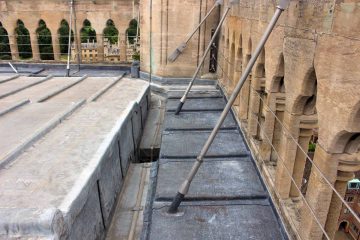 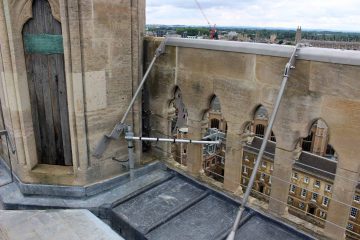 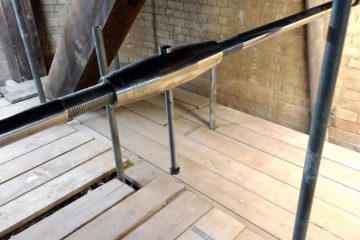 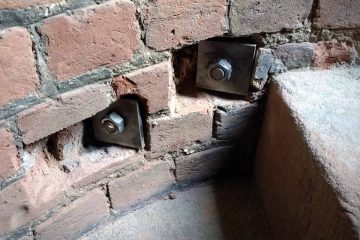