Built in 1672 by royal decree, Sir Christopher Wren’s gateway to the City of London stood between Fleet Street and the Strand for 200 years before being taken down and rebuilt in Theobald’s Park, Hertfordshire as a folly. By the latter part of the 20th century it had fallen into a very poor state of repair and in 1976 The Temple Bar Trust was formed to save the monument and move it back to the City, appointing Freeland Rees Roberts as architects to conserve the Bar at Theobald’s Park while plans for its relocation were drawn up.

This proved to be a lengthy process but in 2001 the Bar was formally adopted by the City of London who supported its relocation to London, ensuring the project’s success.

Freeland Rees Roberts were appointed as architects to the project which involved dismantling the monument and conserving it before transporting it piece by piece to its new home next to St Paul’s Cathedral in Paternoster Square. The royal statues were repaired, missing heraldry replaced , and the upstairs chamber fitted out. The project was completed in 2004 and Temple Bar can once again be seen in London. 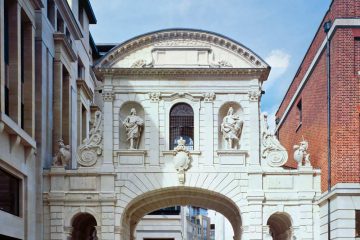 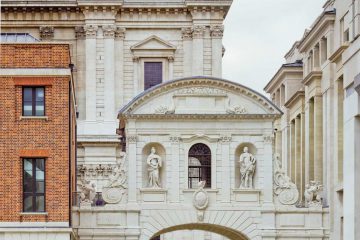 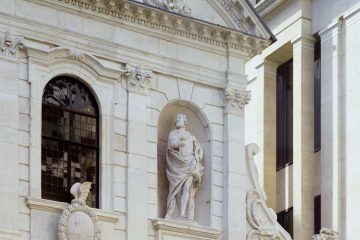 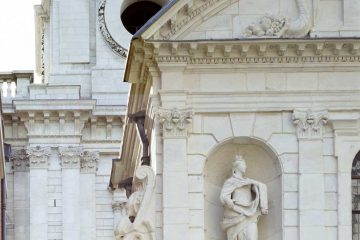 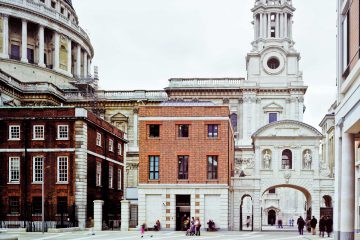