The Grade II listed house dates back to the 16th Century and was originally an inn which was later converted into a dwelling. The building suffered from excessive heat loss and its exposed timber frame contributed to rot and dampness within the house. The project had challenging changes in level and a significant lean towards the street.

The more recent rear extension was demolished and a new two storey extension built in a design sympathetic to the existing house and its surroundings. A flexible chalk lime render was used for the historic front section and larch boarding with oak framed windows to the new rear section.

An open plan kitchen/ play area was created on the ground floor with master bedroom and ensuite above, giving views down the garden. The existing part of the house was completely refurbished with additional bathrooms and improvements to the thermal performance of the building while still retaining the original character. 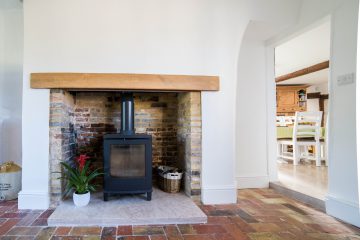 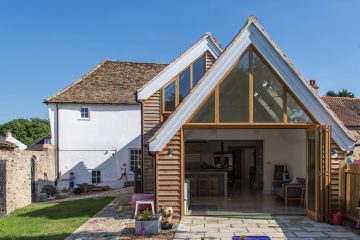 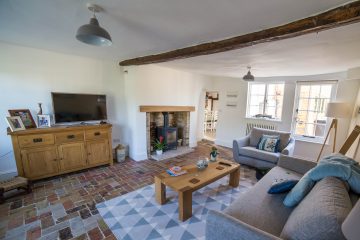 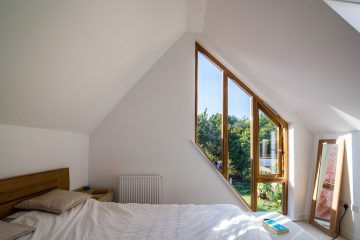 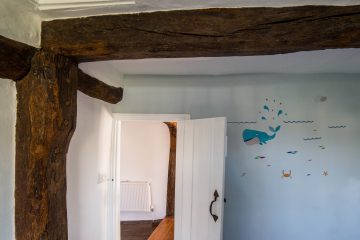 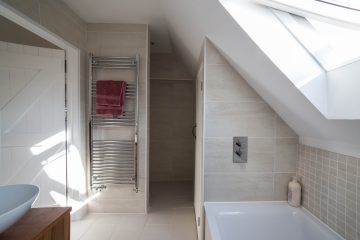 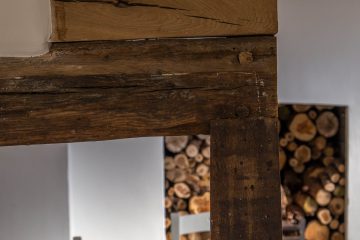