The Perse School for Girls

The Perse School for Girls has existed as an independent day school on its site between Union Road and Coronation Street since 1881 and is one of the leading schools in the country. As a busy school in an urban location there are restraints on space, but responsible development is achievable with careful planning. Freeland Rees Roberts worked for the school from 1992 until 2008 and during that time worked on many projects, large and small, on their various sites. Projects included classroom blocks, the junior school and the new assembly and dining hall.

As a landlocked school in central Cambridge the Perse School for Girls has to make the most of its playing fields at the end of Latham Road.In 2004 an international size all-weather pitch was constructed providing a top quality surface for hockey in winter and tennis in summer. The old pavilion was small and dilapidated, so the obvious next step was the construction of a new pavilion.

The design is a contemporary interpretation of the traditional pavilion aesthetic. Largely symmetrical with a covered viewing area, it has a central Recreation Room with changing rooms on each side. External walls have a textured white render and the roof is covered with sedum which has colourful flowers, increases insulation and keeps the building warm in winter and cool in summer. The chimney-stack feature houses extract ducts and provides a position for a clock. 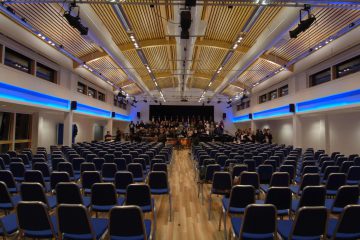 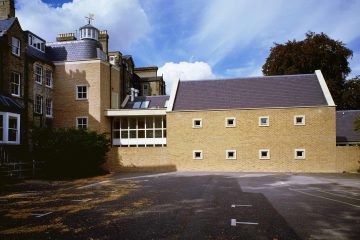 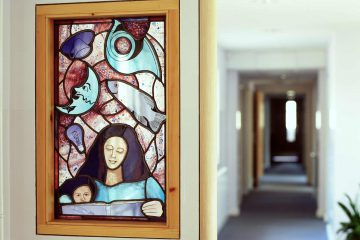 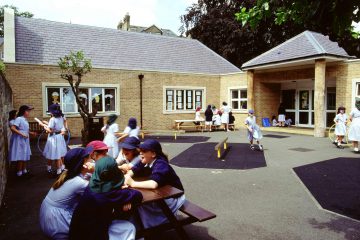 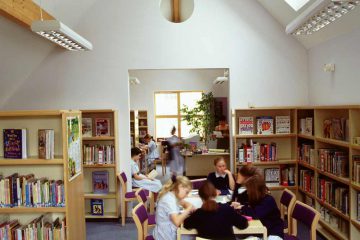 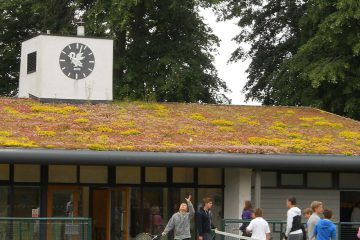 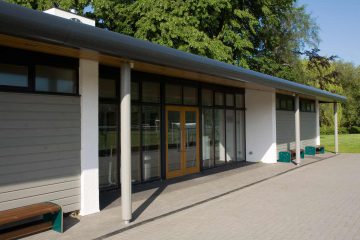 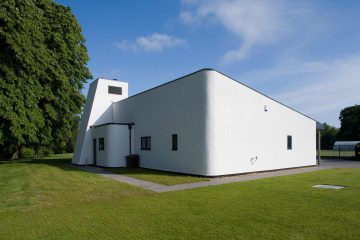